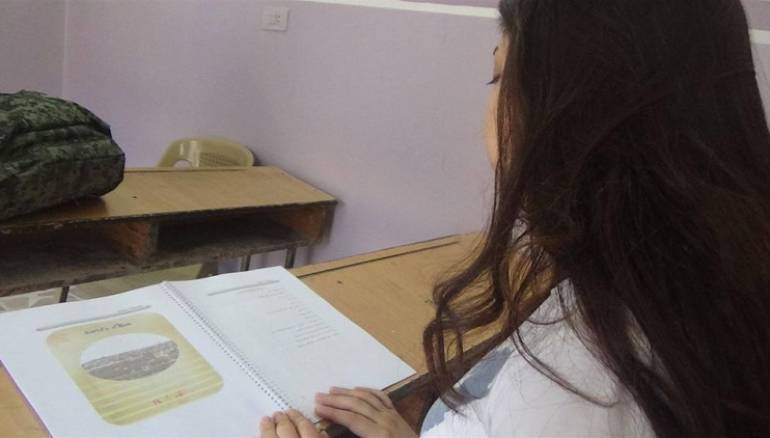 The Kurdish self-administration will force schools to teach classes in Kurdish, Arabic and Syriac languages for grades 1-3 in the northern Hassakeh province.

Activist Mahmood al-Ahmad reported that the Democratic Union Party (PYD) has announced their plan to teach the Syriac language in schools under their administration for the first three year levels, starting in the beginning of the 2016-2017 academic year.

Ahmad mentioned that the Kurdish administration announced the recruitment of 50 Syriac language teachers who will be sent to schools in the cities of Rmilan, Qamishli, Ras al-Ain, Malikiyah and Qahtaniyah.

The activist reported that a demonstration was organized in Qamishli on Tuesday demanding that authorities recognize education certificates of grade-6 school students from schools teaching the Kurdish language.

A Syriac source, who spoke to Zaman al-Wasl on condition of anonymity, reported that a verbal agreement between the PYD and private Syriac and Armenian schools in Hassakeh called for refusing Kurdish students admission in order to allow the teaching of the regime curriculum.

Some observers claim that the teaching curriculum is being used by the two fighting forces in Hassakeh, the PYD and regime, to manipulate children's thoughts and attitudes.

Ahmad mentioned that most political parties and church bodies did not accept the introduction of the teaching of the Syriac language, except the Syriac Union Party, an ally of PYD.