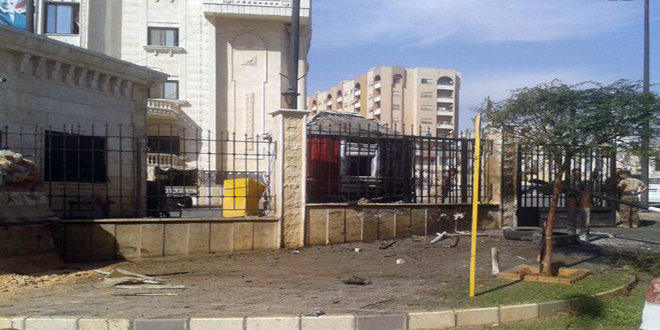 Suicide bombers on Monday targeted Al-Assi Sqaure in the western city of Hama, killing three people and injuring others.

A source at Hama Police Command said that a suicide bomber detonated an explosive vest in Al-Assi Square, followed by another suicide attack which targeted the area 15 minutes later.

The source said that two people were immediately killed and 12 others were injured in the attacks, adding that one victim later died after succumbing to their wounds.

The source added that another suicide bomber was killed by authorities before being able to detonate himself among rescue teams attending to the wounded.