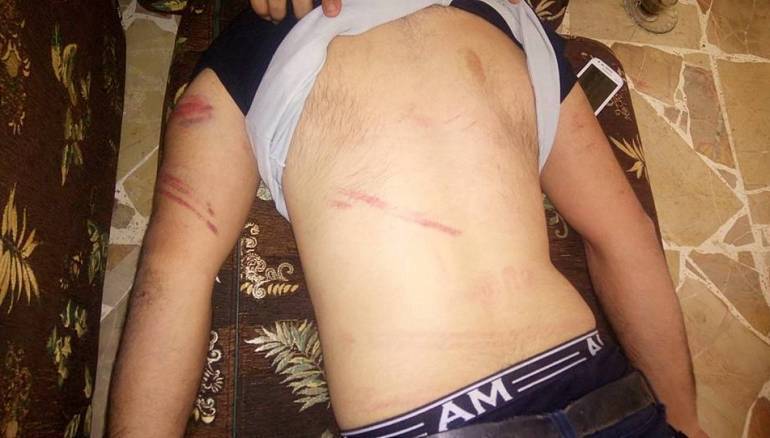 Ajnad al-Sham militants earlier this week attacked the Asali Martyrs school in Qadam, in the southern suburbs of Damascus, assaulting a number of teachers by beating them and insulting them in an effort to prevent them from opening the school.

The situation created panic among the students and female teachers, according to one of the school teachers, who preferred not to be named.

Speaking to Zaman al-Wasl, the teacher explained that the problem began in February 2016 when the Syrian Interim Government wanted to give the school a grant to cover the cost of text books, a move which bothered the Ajnad al-Sham rebel group.

He added, “this faction which controls the Qadam movement placed its hand on the local council, the developmental and charitable organizations, and they are civil actors.” According to the teacher, he was removed from the head of the local council’s education office for opposing the militant group’s attempts to control education.

“Ajnad al-Sham tried after that to open their own school to gain support,” he said, indicating that he tried to convince them against the idea, explaining to them that them opening a competing school would push the Islamic State to take over Asali Martyrs school because it lies within an ISIS-controlled area. According to the teacher, the group ignored his pleas as this is what they wanted to happen.

Our source added that, “Ajnad (al-Sham’s) opening (of) a school was planned and premeditated, and the objective of it was closing our school for them to take center stage and raise the slogans and statements.”

He explained an incident where a number of Ajnad al-Sham members came to the school with weapons, sticks, and cables. They “practiced all forms of thuggish behavior” against the teaching staff, he added, even beating one teacher before the students and his colleagues, as images circulated on social media showed.

The attackers then took the victim to their headquarters where they threatened him and threatened those working in the school with repeating the attack if they considered reopening the school. Our speaker confirmed that he has an audio recording of the commander of Ajnad al-Sham making the threat.

Our contact called on Ajnad al-Sham members throughout Syria to force the Qadam faction to end its arbitrary practices, to hold its members responsible for the transgressions, and keep them away from civilian work, including organizations, local councils and education. He also urged them to restrict their activities to military work in the area of Qadam.

The education directorate in liberated Damascus issued a statement asking the military commanders working in Qadam, “to denounce the attackers’ actions, and confirm that this was an individual action and not an execution of an order issued by their military commanders.”

The directorate called for appropriate measures to be taken to hold perpetrators accountable for their crimes and compensate victims who were attacked, including covering medical expenses.