Col. Naeem Ahmed was killed by rebel groups as regime forces tried to advance on the Harasta front 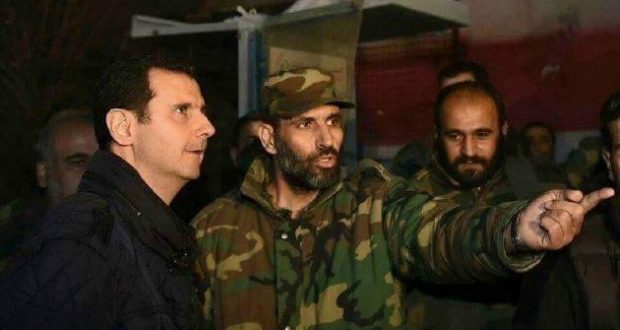 Pages loyal to the Assad regime mourned the death of Colonel Naeem Ahmed, head of the 1419 Brigade in the Republican Guard, who died at the hands of rebel groups as Assad’s forces tried to advance on the Harasta front in the Damascus countryside.

Naeem Ahmed previously appeared in an image circulated on loyalist media with Bashar al-Assad on one of the fronts near the capital Damascus.

Naeem Ahmed came from the town of Ain Delaymeh in the countryside of the city of Duryakish, Tartous province.