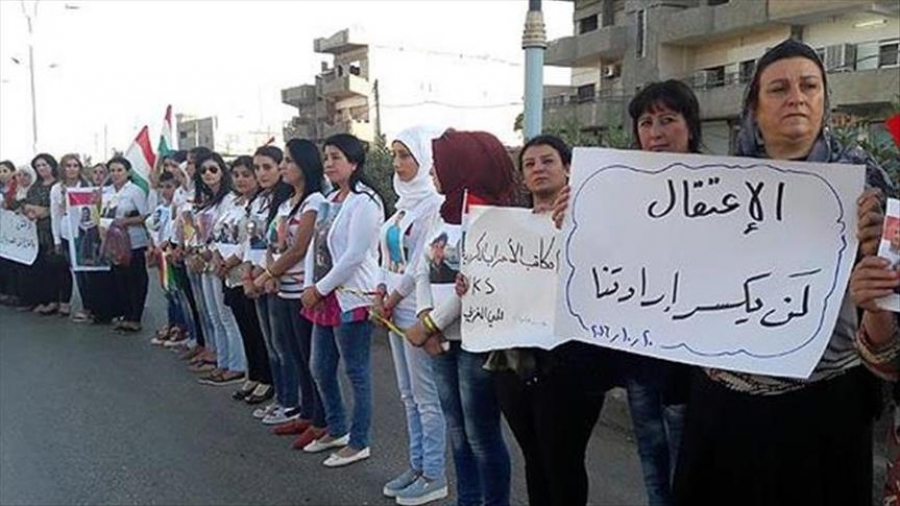 The Kurdish National Council condemned the Democratic Union Party’s (PYD) recent detention of leading Council members and supporters in the town of Malikiyah in Hassakeh province.

The Council, a core component of the opposition Syrian National Coalition, said that masked men on Thursday kidnaped Ali Ibrahim, a member of the regional committee of the Kurdistan Democratic Party (PYD), and head of the local council in Malikiyah. The Council said it holds the PYD responsible for the safety of Ibrahim and called for his immediate release.

The Council also called for the immediate release of its leaders and members currently detained by the PYD, urging all Kurdish parties to exert pressure on the PYD to end these practices.

Kurdish female activists called for a sit-in in the neighborhood of Antariya in the town of Qamishli on Thursday to demand the release of political prisoners held by the PYD’s asayish (security) forces.

The militia has also detained members and supporters of the Kurdish National Council over the past three months for participating in anti-PYD demonstrations in Hassakeh province and for their opposition to the PYD’s self-administration and its repressive practices.