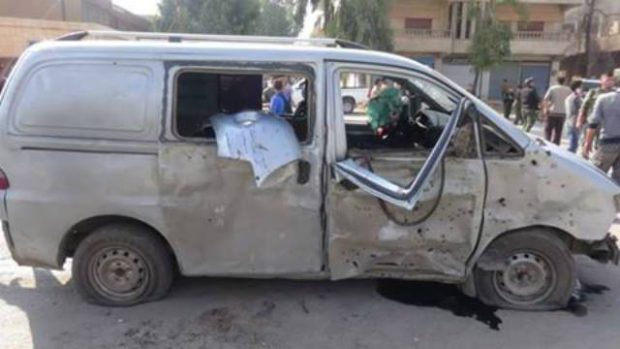 A motorcycle bomb targeted a van carrying several members of the Revolutionary Youth of the Democratic Union Party, wounding three of them, in the Al-Sanaa district of Qamishli in northeastern Syria.

Eyewitnesses at the site of the incident told ARA News that three people were wounded and were transported to the Al-Shaheed Khabaat military hospital in the city, without any information about the extent of their injuries or their severity.

The Asayish (security) forces of the Kurdish self-administration evacuated all of those in the car and cordoned off the area for investigation. They noted that the explosion was detonated remotely since there was no one on the motorcycle when the incident occurred.

The Revolutionary Youth are a youth group in the Democratic Union Party, or PYD, and participated in the attack on the base of the Kurdish Yekiti party and the Kurdistan Democratic Party in Syria about two months ago, according to accounts from members of the two parties.

Another motorcycle targeted a similar car carrying fighters from the People’s Protection Units (YPG) in the Hassakeh countryside on Sunday.