Locals in northern Syria claim UN aid is being diverted to individuals sympathetic to the Assad regime while those in need have been refused support, as confirmed in a report by the British Guardian newspaper 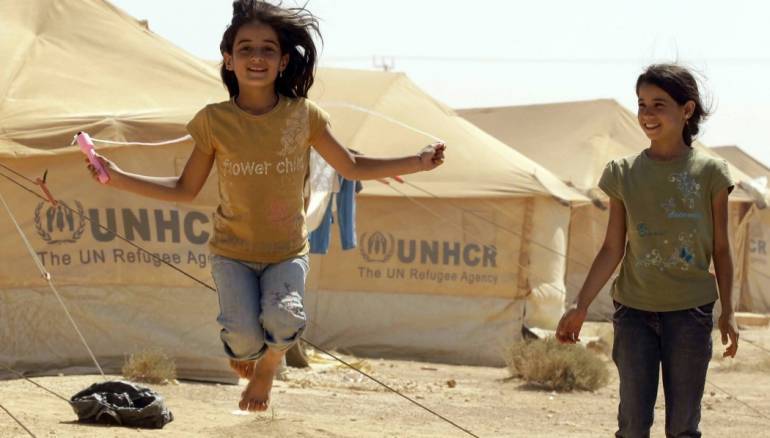 Syrian regime forces have deprived hundreds of families in Qamishli and Hassakeh from receiving humanitarian aid from the United Nations on the grounds that those in need have relatives fighting to overthrow President Bashar al-Assad.

Activist Malaz al-Yusuf explained that hundreds of families were prevented from receiving their share of aid under claims of security problems. “When people went to collect their aid, they did not find their names (on the) lists, then they were told to visit the security branches to know reasons, but people of course (are) afraid of going to such places.”

Yusuf explained the act was unacceptable because aid is given as part of the humanitarian bridge between Damascus and Qamishli, where aid should be given to all, fairly and indiscriminately. However, regime officials created their own black lists to prevent certain people from receiving aid, Yusuf claimed, adding that they instead prioritized their own friends and relatives, regime loyalists and Baath Party members.

The Guardian newspaper published an investigation on August 29 revealing that the UN has awarded contracts worth tens of millions of dollars to individuals closely associated with the Assad regime as part of their official aid program.

The report mentioned that even businessmen whose companies are under US and EU sanctions have been paid substantial sums by the UN mission, including the president’s wife, Asma, and cousin, Rami Makhlouf.

The UN responded to criticisms by saying it could only work with a small number of partners approved by President Assad, adding that it does all it can to ensure the money is spent properly.

The World Health Organisation also spent more than $5 million to support Syria’s national blood bank, which is overseen by the Syrian defense department. But the WHO had voiced “concrete concerns” about whether blood supplies would reach those in need, or be directed to the military first.

UN agencies have partnered with the Syria Trust for Development, an organization founded and chaired by Asma Assad, who currently faces both US and EU sanctions, spending a total of $8.5 million.

Meanwhile, UNICEF has paid over $267,000 to the Al Bustan Association, owned and run by Rami Makhlouf, Syria’s wealthiest businessman and cousin of Bashar Assad. His charity has also been linked to several pro-regime militia groups.

Contracts have been awarded across UN departments with companies run by or linked to individuals facing sanctions.

On top of this, analysis of the United Nations own procurement documents show its agencies have done business with at least another 258 Syrian companies, paying sums as high as $54 million. Many are likely to have links to Assad, or those close to him.

A recent Guardian report also revealed documents linking relatives of high-ranking ministers to the Damascus payroll of UN agencies, including the refugee agency UNHCR and the World Health Organisation (WHO).

One former UN manager told the Guardian that every UN agency had at least “one person who is a direct relative of a Syrian official.”

A spokesman said “family connections are not taken into consideration nor investigated” when hiring staff, and the UN did not question prospective workers about their political affiliations.

In response, the UN insisted that it remained impartial and defended the need to work with all parties in the conflict.

According to documents seen by the Guardian, almost two-thirds of the emergency health supplies needed in Syria have gone to government-held areas.

They also showed that 64 percent of the medical supplies provided by the WHO since January have been delivered to areas held by or supporting Assad.

Only 13 percent of WHO supplies have reached Syria’s “besieged” areas, most of which are controlled by forces opposed to the regime.