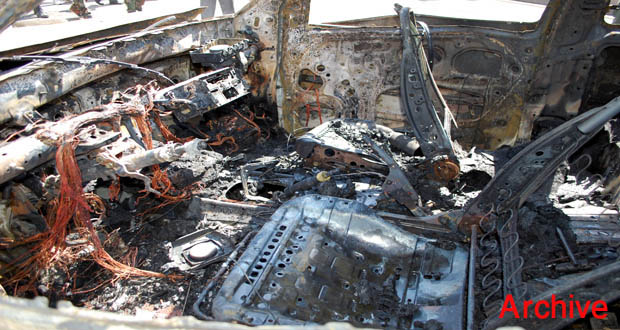 Two civilians were killed and seven others were injured in a terrorist rocket attack on residential neighborhoods of Aleppo on Sunday.

A local police source told SANA that militants fired rockets on the neighborhoods of Al-Hamadaniah, Halab al-Jadida and Al-Ashrafiah in Aleppo city.

A source at Damascus Police Command said that one person was killed and 12 others injured in a rocket attack in the Bab-Touma district of the capital Damascus.

A military source told SANA Sunday that the Jaish al-Islam (Army of Islam) militants positioned in Douma in the Damascus Countryside also targeted Tishreen Military Hospital, also killing one and injuring 12 others.

Two people were injured in an explosion in the area between the Dama and Areqa villages in the north-western countryside of Suweida province.

A local police source confirmed that an explosive device exploded in Al-Lajat, hitting a passing car and injuring two passengers inside.