21 children killed in East Ghouta in three Days, according to united medical office 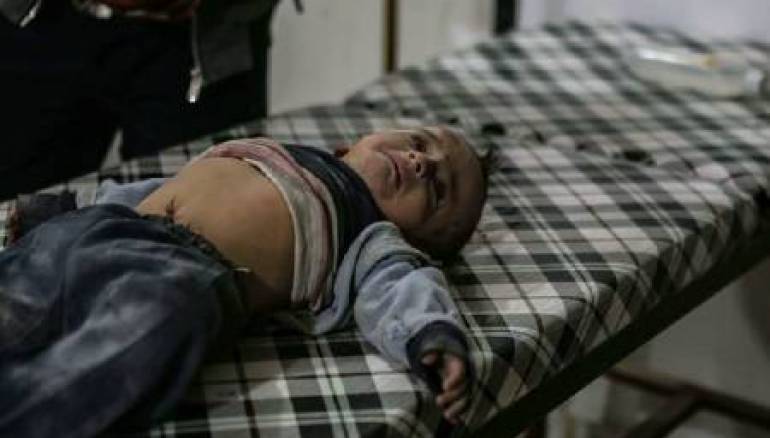 The Civil Defense committee in the Damascus countryside reported that four civilians were killed, including a six-month-old child, and several others injured as a result of the Assad regime’s bombing of Douma city on Thursday.

The Coordination Committee of Douma city reported that the warplanes launched 14 air strikes from the morning until noon on Thursday. The strikes targeted Douma city, Arbin and Harasta where several civilians were injured.

The regime has for the past several days escalated its offensive against the Eastern Ghouta areas.

The united medical office in eastern Ghouta confirmed that between October 6-8, the regime bombardment killed 49 people, among them 21 children, and injured dozens of people.