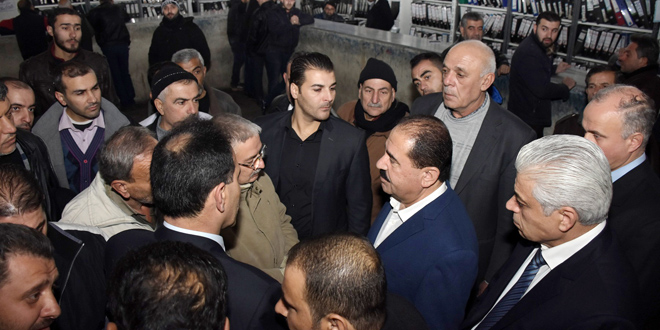 Transport Minister Ali Hammoud stressed on Tuesday the need to rehabilitate the international airport in Aleppo in an effort to restore operations following damage caused by terrorists.

During an inspection of Aleppo’s transport departments, Hammoud stressed the need to resuscitate the province’s transport infrastructure as it is one of the key sources of income for the state treasury.

In turn, Director of Aleppo International Airport Bassem Mansour said that most of the airport’s halls along with the Syrianair office, the immigration and passports branch, and the runway are ready to resume operations, adding that work is underway to repair other facilities.