Syrian opposition leaders meet with Qatari foreign minister to discuss the political and military situation, including the Assad regime's assault on villages in the Barada valley outside Damascus 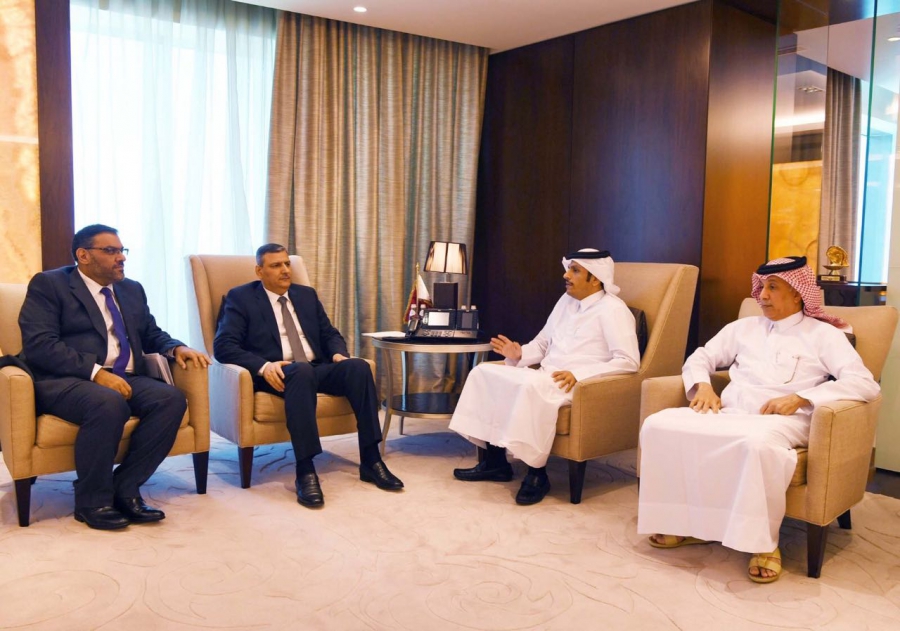 President of the Syrian National Coalition Anas al-Abdah and General Coordinator of the opposition's High Negotiations Committee (HNC) Riyad Hijab arrived in the Qatari capital Doha earlier on Wednesday for talks on the current situation in Syria.

Abdah and Hijab met with the Qatari foreign minister, Mohammed bin Abdulrahman al-Thani, to discuss the latest political and field developments in Syria, especially in the besieged areas and the ongoing onslaught by regime forces and the Iranian-backed militias on the Barada valley northwest of Damascus.

The meeting was also attended by Coalition secretary-general Abdul Ilah Fahd and the head of the Syrian interim government, Jawad Abu Hatab.

During the meeting, opposition officials stressed the need to step up support for projects developed by the interim government to provide services to civilians in the liberated areas.

The meeting also stressed the importance of integration and coordination between the HNC, the Coalition, and the Free Syrian Army in the coming period.