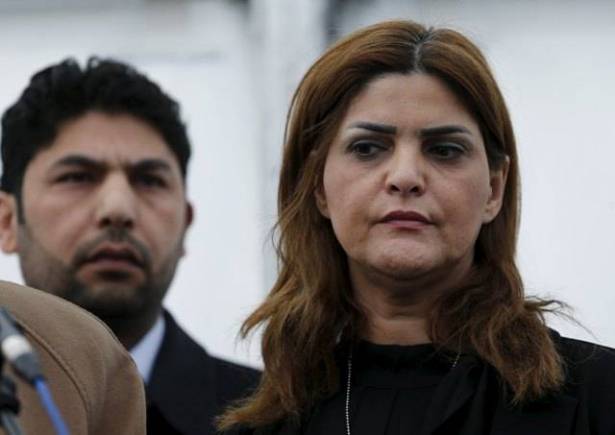 In a phenomenon the first of its kind, the opposition Syrian National Coalition is moving toward an investigation to hold one of its members to account following public criticism of the coalition’s policies, work mechanisms and its administration of its internal affairs.

The coalition’s general-secretary, Abdul Ilah Fahad, said in press statements that Vice President Samira Masalmeh had been referred to the legal council after her statements criticizing the coalition on television, slamming the behavior as irresponsible.

Fahad said that it was not good for the vice president — who is in an advanced position to challenge the coalition and its constituents, and given that this challenge was clearly without evidence — to speak this in this way at a time when the Syrian people are passing through bitter moments.

Fahad added that the Masalmeh had said that she “does not know what is happening in the coalition,” but that if she had attended the meetings to see what was happening, and if she had asked, all of the answers would be provided to her.

Masalmeh had directed harsh criticisms at the coalition recently through critical articles published in the Al-Hayat newspaper and the Al-Araby Al-Jadeed website, in addition to her statements on television.

Masalmeh responded to a question from the interviewer “where is all the money paid to the coalition spent?” by saying, “I don’t know where this money goes. The coalition should be political leadership and not aid. There are agencies specified for that. We need to look into the money and how it is spent.”

This is not the first time that a member has criticized the political institutions which have seen a wave of resignations in their ranks, as most of its members have objected to the deteriorating performance of the coalition because of internal conflicts and the absence of any mechanism to develop itself or hold itself to account, because of the clear deficiency in its basic system.