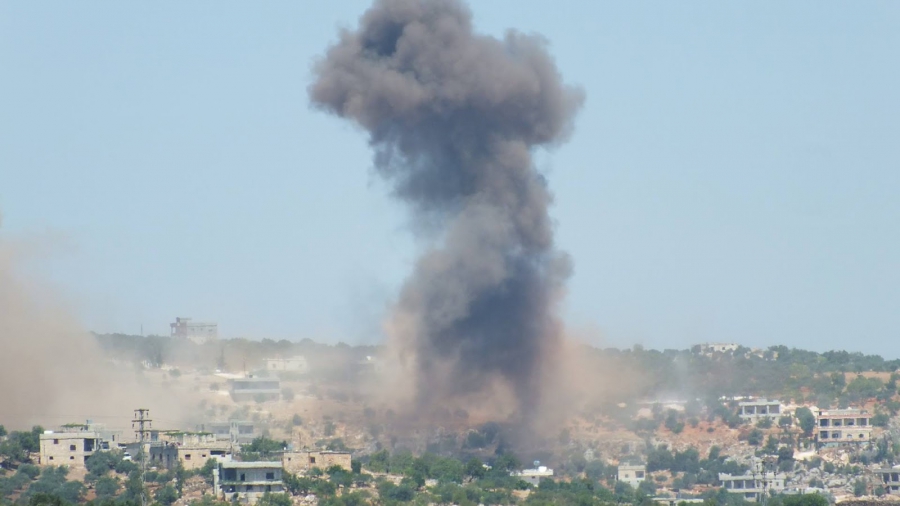 Syria’s main political opposition said that all ceasefire violations committed by the Assad regime and its allies are of a purely offensive nature, which reveals their real intention to exploit the ceasefire to seize territory and continue the killing, displacement and siege.

In a statement released earlier on Friday, the Syrian National Coalition said that the towns and villages of the Lajat area in rural Daraa have come under intense artillery bombardment by regime forces and their allied militias, resulting in dozens of casualties, including civilians.

Regime forces and their allies have imposed a blockade on nearby Mahja amid fears of attempts to storm the town, which is home to around 30,000 people.

According to reports coming from Lajat, regime forces stationed near the towns of Izraa and Jabab, as well as the Majbal checkpoint have rained dozens of artillery shells on the villages of Mujeidl, Hamir, Qirata, Qum Alrumman, Jadal, Jinin, Alzabaiyer, and Balana. The bombardment has forced many civilians to flee their homes.

The Coalition condemned the continued ceasefire violations by regime forces and their allied militias and called on guarantors of the truce agreement to assume their responsibilities. The Coalition also warned of the consequences of the assault on the Lajat area, which is home to around 80,000 civilians, many of whom were displaced from other areas.

In addition to the regime assault, residents of Lajat have been fighting the Islamic State group as forces routinely attack the area from more than one side.

The Coalition stressed that the international community bears responsibility for the safety of those civilians. The lives of tens of thousands of civilians in the area are under serious threat, it said, pointing to escalating indiscriminate shelling and the regime’s use of internationally banned weapons to avoid close fighting in the area’s rugged terrain.