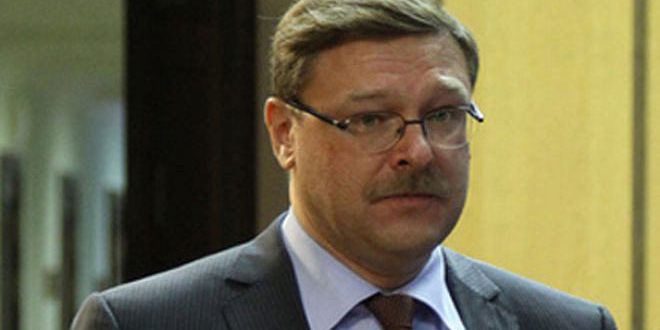 Konstantin Kosachev, the head of the foreign affairs committee of the Russian upper house of parliament, said that new opportunities for dialogue will emerge as an increasing number of groups join the ceasefire process.

At a meeting with representatives of the Syrian opposition group Damascus Platform and Syrian civil society actors in Moscow on Wednesday, Kosachev said more groups are joining the ceasefire truce agreement, therefore “space for dialogue is beginning to increase.”

He added that Russia should be ready to participate in the reconstruction and restoration process of infrastructure and the economy of crisis-torn Syria.

“It is not time yet to speak on the issue more specifically. But it is necessary to be ready to provide the Syrian nation with support, including in the restoration of economy,” he noted.