Syrian president calls business owners a “a source of pride” for continuing production during meeting to discuss the impacts of war on industrialists, loyalist Al-Baath reports 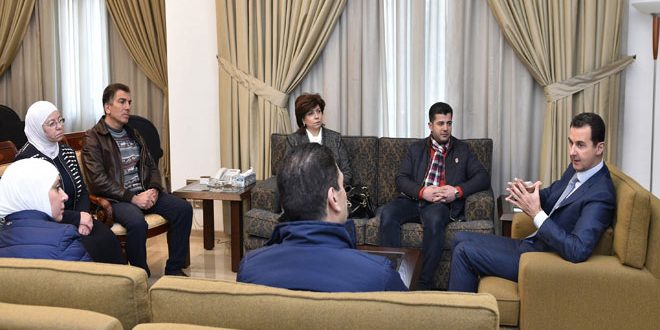 President Bashar al-Assad on Tuesday met with a number of business owners from Damascus and its countryside to discuss difficulties facing Syrian industrialists in light of the crisis.

Talks focused on possible solutions to overcome the crisis and enable business owners to return to work and develop their industries, kick starting the economy in the process.

The president called Syria’s industrialists who have remained steadfast and those who continued their work despite their losses are “a source of pride.”

Assad noted that the war waged on Syria has not only been military in nature, but also economic, stressing that industrialists’ commitment to keep working has positively contributed to sustaining the country’s economy.

For their part, business owners spoke of the damage incurred to their factories during the six-year war. They explained that despite the difficulties, they have been able to resume their work by relocating to smaller workshops until they are granted the possibility to return to their factories.