Questions remain around how the international community will deal with and classify the new Tahrir al-Sham alliance, which has strong ties to Al-Qaeda, according to Zaman al-Wasl 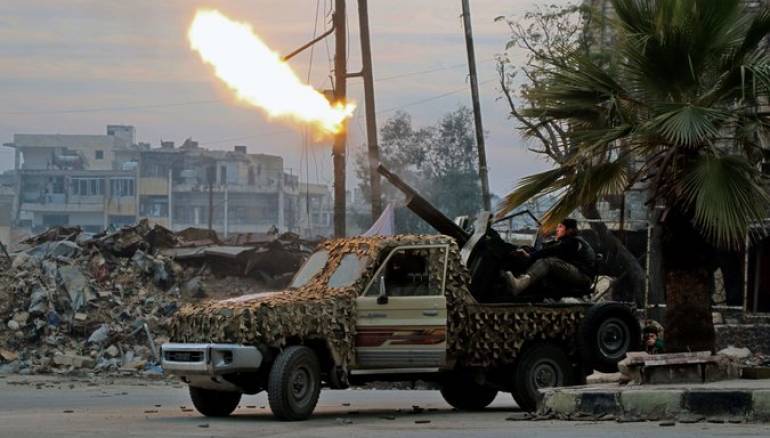 Al-Qaeda’s former affiliate in Syria aimed to escape US-led air strikes by dissolving itself into a new rebel alliance, Tahrir al-Sham, according to jihadist sources, although such a move may drag those groups now allied with Jabhat Fateh al-Sham (formerly Nusra Front) towards blacklisting and targeting by US-led coalition bombing.

Last Thursday, the Tahrir al-Sham alliance announced its formation from a coalition including several factions based in northern Syria, most prominently Fateh al-Sham and the Nour al-Din al-Zenki Movement.

International actors concerned with Syrian affairs have so far remained silent about how they will deal with this new formation, as some fear that a new formation will be included on the terrorist blacklist.

The source told Zaman al-Wasl that Fateh al-Sham hurried to establish the new group after the US-led coalition forces targeted a fighter training camp at the Sheikh Suleiman base in Aleppo’s western countryside. The coalition attack conducted on January 20 resulted in the deaths of over 100 Fateh al-Sham fighters.

The announcement of the new formation came as an effort to reduce fears from Fateh al-Sham militants regarding the coalition’s surveillance of their actions in northern Syria. Previous airstrikes on key leaders and locations prompted many Fateh al-Sham commanders to retreat into hiding, and to refuse any interviews or appointments for fear of being targeted.

The source explained that the meeting which led to the announcement of this new formation was different to previous merger meetings. Abou Mohammed al-Joulani was discussed as a possible commander for the merged military project while Sheikh Toufiq Shahab al-Din from the Nour al-Din al-Zenki Movement was considered as head of the Shura Council. The source indicated that Jabhat Fateh al-Sham had no desire to take on any leadership positions in the new alliance.

According to the source, the meetings that preceded the announcement were restricted to a limited number of actors from the factions united under its flag, including Joulani, Sheikh Shahab al-Din, Abou Abdullah al-Shami (commander of the Ansar al-Din Front), as well as representatives for Liwa al-Haqq and Jaish al-Sunna.