Activists claim at least 41 regime soldiers, including 11 officers, have been buried in daily funerals in Tartous in February, Zaman al-Wasl reports 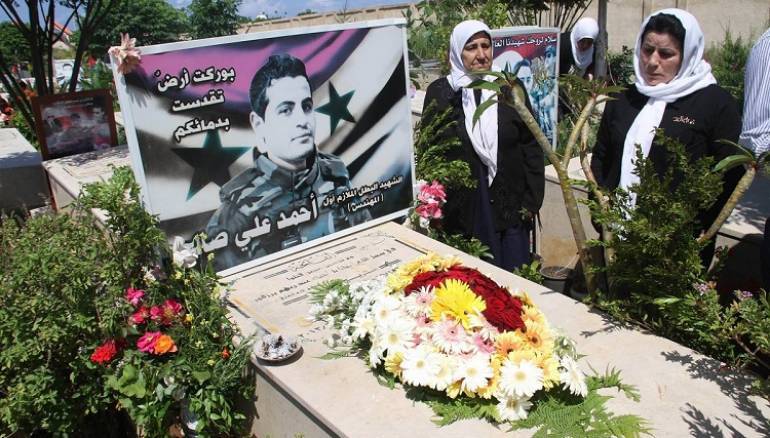 At least 41 regime soldiers, including 11 officers, who were killed in the past two weeks have been buried in the coastal city of Tartous, activists told Zaman al-Wasl.

The casualties included two brigadier generals, two lieutenant colonels and eight lieutenants, the majority of whom were killed in Aleppo, Homs, Daraa and the Damascus suburbs.

Residents of Tartous, who are among the regime's strong supplier of militants, say no men are left in the city. There are funerals everywhere on a daily basis.

Tartous has suffered from decades of negligence, leading to the creation of resentment, while its next-door city of Lattakia has enjoyed an abundance of services, support for tourism, and investments.

At least 470,000 people have been killed since the revolution started in March 2011, according to the Syrian Center for Policy Research, a Beirut-based NGO.