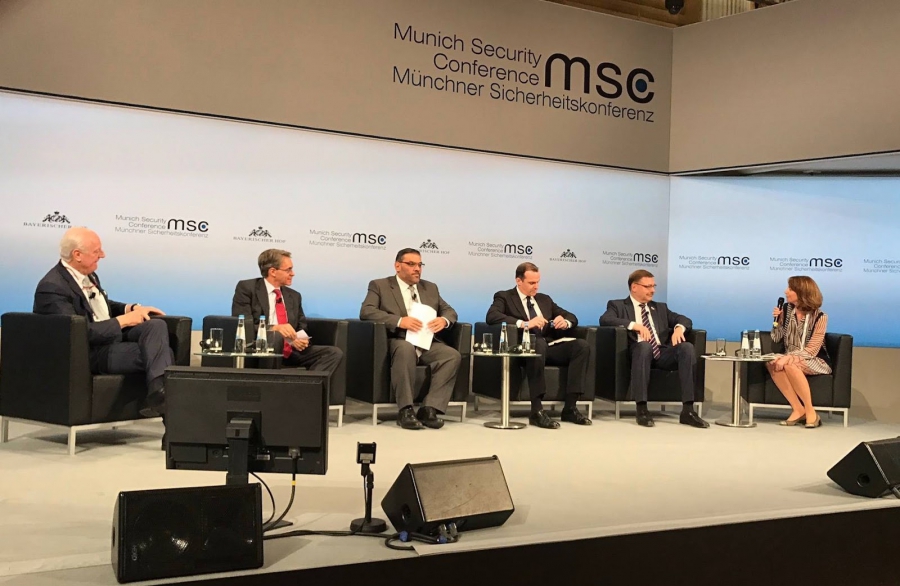 President of the Syrian National Coalition Anas al-Abdah said that the tragedy in Syria will continue as long as Bashar al-Assad remains in power because he is “part of the problem rather than the solution.”

Speaking at a panel discussion on the sidelines of the Munich Security Conference on Sunday, Abdah said that the Assad regime “has created and is still creating an enabling environment for the spread and growth of terrorism.” He stressed that “there can be no talk of a successful and integrated strategy to fight terrorism as long as Bashar al-Assad clings to power."

“The Assad regime and its allies are committing war crimes on a daily basis in Syria,” Abdah noted, adding that the regime “depends on support from Russia, Iran, and the foreign militias in order to survive.”

Abdah called on the new US administration to draw up a clear strategy in Syria, pointing out that the Free Syrian Army has fought the Assad regime, the Islamic State, and foreign militias more than any other party has done in Syria.

“For Syrians, there is no difference between being slaughtered by knives or killed by barrel bombs,” Abdah stressed.