The opposition delegation in Geneva thoroughly discussed the question of political transition with the U.N. special envoy, while reiterating commitment to combating terrorism in all its forms 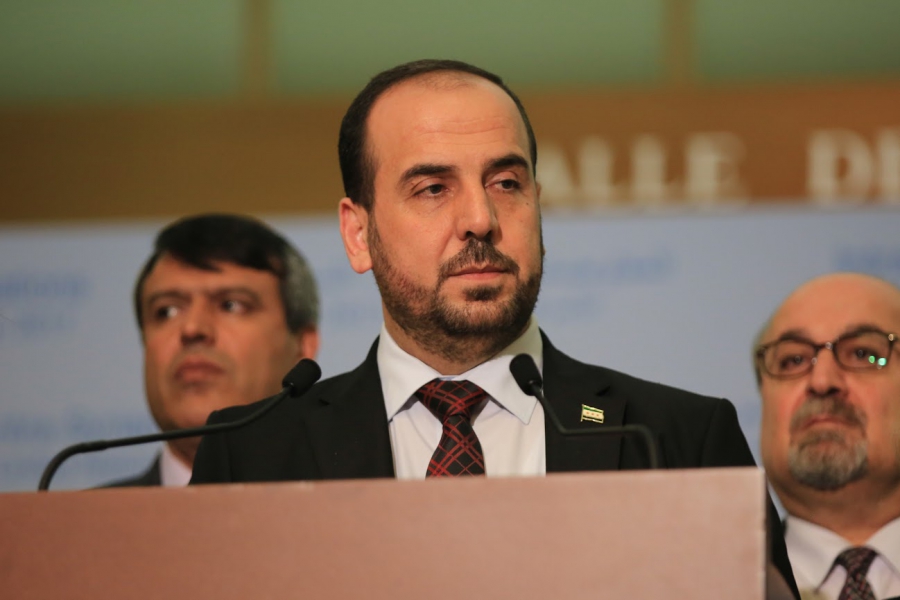 The opposition delegation to Geneva and United Nations Special Envoy Staffan de Mistura for the first time discussed in “an acceptable depth” the issues involving the future of Syria, political transition and other subjects set out in the Geneva Communiqué of 2012, the opposition’s lead negotiator said.

Opposition delegation head Nasr Hariri said: “We agreed with U.N. envoy Staffan de Mistura on a provisional date for the next round of negotiations. Today, we further discussed the issue of political transition and ways to enforce international resolutions and the Geneva Communiqué of 2012, which calls for achieving a political transition."

Speaking at a press conference on Friday at the conclusion of the fourth round of Geneva peace talks that began on Feb. 23, Hariri said: “We are closing this round without a clear result … but I can say this time was more positive.” He stressed that the opposition will always be “ready to resume negotiations in a serious manner."

With regard to combating terrorism in Syria, Hariri said: "In my country, there are militias and mercenaries. You can see their faces, you know their names, you can see their knives and hear their sectarian chants. They are killing children and slaughtering Syrians just like ISIS [Islamic State] is doing, and they are driven by purely sectarian motives.”

Reiterating the opposition’s commitment to fighting terrorism, he said: “We are steadfast in fighting all forms of terrorism, including most notably the terrorism of Bashar al-Assad, the militias of the Iranian Revolutionary Guard and Hezbollah, ISIS, and Al-Qaeda. Our commitment is in taking action, not just in words; we are demonstrating it on the battlefields and in the numbers of our fallen heroes."

The fight against terrorism requires immense, serious and coordinated international efforts, Hariri stressed, adding that the Free Syrian Army is the real partner in the fight against all terrorist groups.