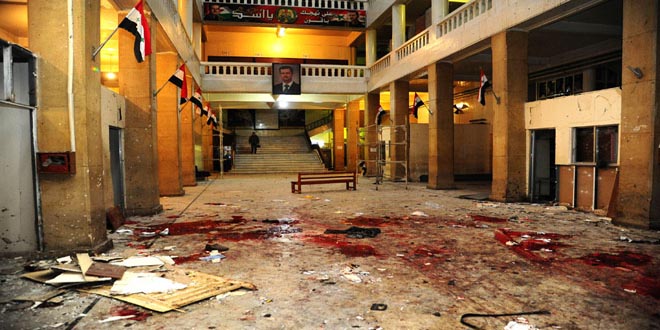 “The Special Envoy for Syria Staffan de Mistura condemns the terrorist attacks in Damascus which have claimed the lives of innocent civilians. These attacks are also plainly designed to spoil attempts to sustain political talks,” de Mistura’s office said in a statement on Wednesday.

A number of civilians were killed and others were injured when two terrorist suicide bombers blew themselves with explosive belts up in the old Justice Palace building in al-Hamidiyeh area and in a restaurant in the Rabwah area of Damascus.