Dozens of regime forces are killed and wounded in a botched campaign to storm the industrial district in the capital's northeast, while the WHO warns 'time is running out' as health situation deteriorates in the Eastern Ghouta, opposition media outlet reports 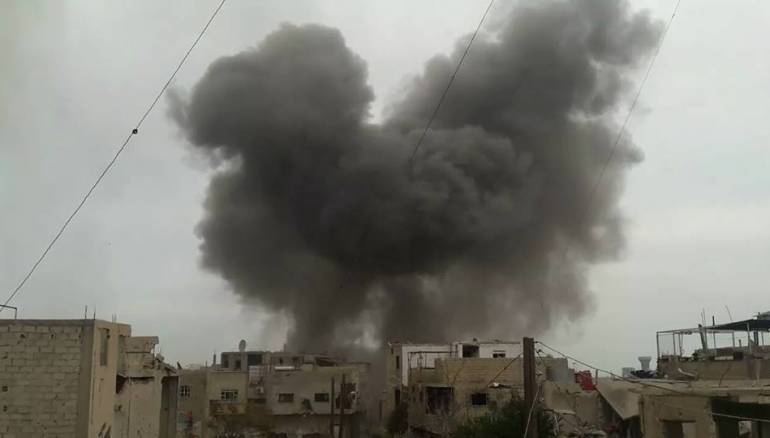 Clashes renewed Tuesday between the regime army and rebels in the eastern district of Damascus, as government forces launched an offensive to retake the industrial zone near the Qaboun neighborhood.

After enjoying months of relative clam, the capital came under fire three weeks ago when rebels launched a surprise offensive to seize several buildings in the Jobar district before advancing into the neighboring Abbasid Square — the first time in two years opposition forces were able to advance so close to the city center.

Rebels were driven back from Abbasid Square but still control several key points in an industrial zone between Jobar and the besieged northeastern district of Qaboun.

In related development, the United Nations' World Health Organization said the health situation is deteriorating in the Eastern Ghouta region near Damascus, where 300,000 people are besieged and none of the three hospitals are functioning,

"Time is running out for the people of Eastern Ghouta. As health needs increase, available resources are being depleted day by day. Our main goal now is to provide access to lifesaving care for thousands of vulnerable men, women and children immediately," Elizabeth Hoff, WHO representative in Syria, said in a statement.