Despite statements from Western-backed forces that the damaged structure is not at risk of collapse, former workers stage press conference warning of huge destruction that could affect millions in the Euphrates Valley area, opposition outlet Zaman al-Wasl reports 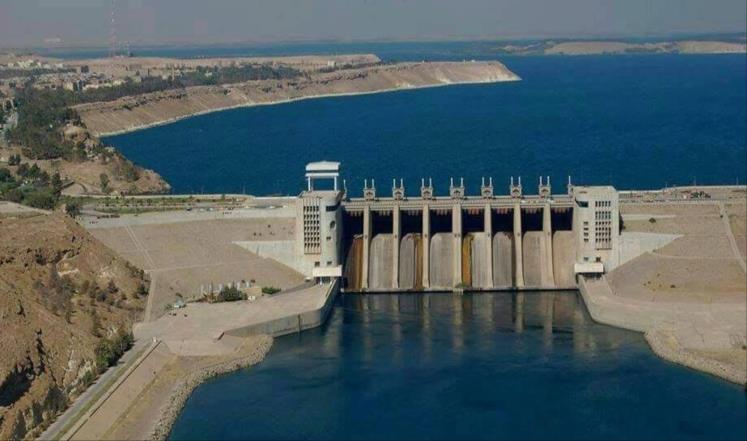 Continued military operations in the areas surrounding the Tabqa Dam are preventing technical crews from being able to fix the damages to prevent its collapse, according to a group of engineers who previously worked on the structure.

The engineers warned that the dam requires immediate attention as the water levels formed behind it continue to rise, threatening the lives of around 3 million people living in the Euphrates Valley area.

Following a press conference in Gaziantep, former Tabqa Dam engineer Haythem Bakour told Zaman al-Wasl that although the structure can withstand a magnitude 7 earthquake it was not designed to survive rocket strikes.

He added that the recent destruction of the dam’s operation room led to a complete loss of local power while its rail tracks, which allow technicians to open and close the emergency doors, were damaged in clashes.

Bakour explained that engineering and technical teams within the city of Tabqa can save the situation in the coming hours, but only if all military operations around the dam are suspended and teams provided unrestricted access to repair the generators and pumps.

He warned that the warring sides cannot continue to ignore the issue any longer as a collapse will result in a disaster similar in scale to that caused by an atomic bomb.

Western-backed Syrian Democratic Forces have stated that the dam is not in danger of collapsing, contradicting claims by the Islamic State (ISIS) warning of the structure’s unstable condition.