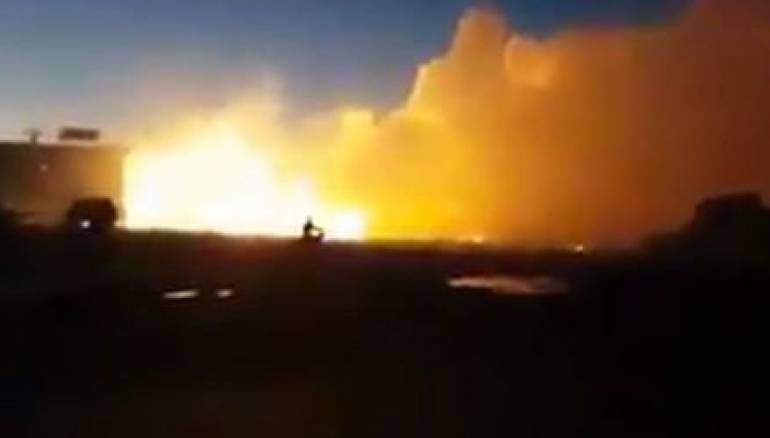 The use of internationally banned weapons mounted in a blatant act of aggression against the Syrian people, after U.S. cruise missile struck a Syrian air field Friday.

Meanwhile, 18 people lost their lives in a cluster bomb attack the town of Awarm al-Joz, and three others were killed in Russian airstrikes on Khan Sheikhoun, the site of last Tuesday’s sarin gas attack.

In the western countryside of Idleb, Russia’s jets also hit towns of Maerherma and Basamis with white phosphorous.

The town of Al-Lataminah in the northern countryside of Hama was also hit with napalm overnight, causing huge fires, local activists said Saturday.