Human rights watchdog calls for the release of Palestinian detainees, including women with children, from regime prisons, as group releases report claiming 461 prisoners have been executed or killed under torture since 2011, opposition website writes 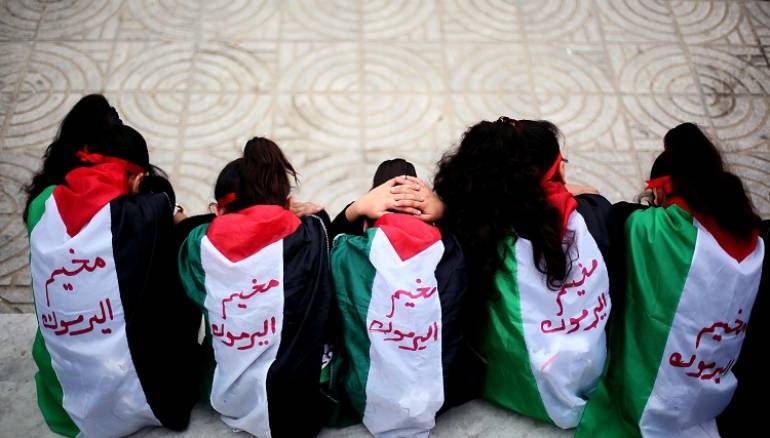 A London-based monitoring center has called on the Syrian regime to disclose the fate of almost 1,200 Palestinian detainees, including 86 women, believed to be in its prisons.

A report issued by the Action Group For Palestinians of Syria reveled that the number of Palestinian detainees in the regime's prisons since the beginning of the revolution in 2011 until April this year has reached 1,183 people, including scores of women from different areas of Syria.

The group revealed that many female detainees were university students, activists and mothers, some imprisoned with their children.

In one case, the Syrian regime has imprisoned four members of the same family, including 19-year-old Ali Daood from the Al-Hajar al-Aswad neighborhood in the Yarmouk Palestinian refugee camp.

The report by the group revealed that 461 Palestinian detainees, including 34 women, had been executed or killed under torture during the course of the crisis.

The Yarmouk camp in southern Damascus has been under siege for more than 1,300 days by the Syrian regime and allied Palestinian militias of Ahmad Jibril, the leader of the Popular Front for the Liberation of Palestine. During this time, 195 Palestinians have died of starvation and a lack of medical care, while running water has not been available in Yarmouk for over 950 days.