Report by U.K.-based human rights group documents regime violations in the Al-Waer neighborhood of Homs, including the killing of nearly 900 civilians, in the lead-up to resettlement operations being carried out, opposition media reports 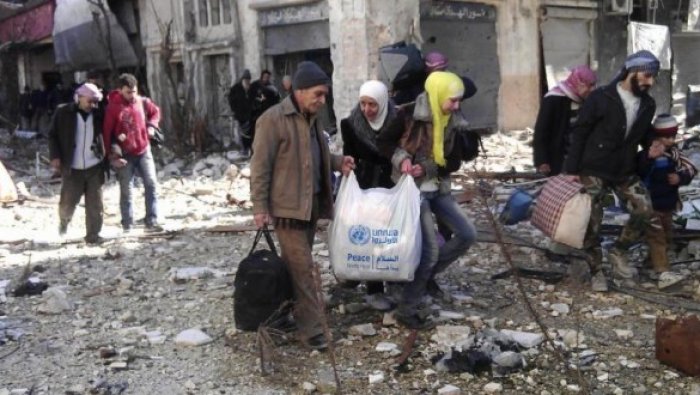 The Syrian Network for Human Rights has documented violations carried out by Syrian President Bashar al-Assad and his allies in the besieged Al-Waer district in Homs over the last six years, coinciding with the displacement of its residents. In a report titled “They Have No Choice,” the Network noted all the violations that have affected the district from March 2011 to March 2017.

The report recorded the deaths of at least 891 civilians, including 58 children and 56 women, in the district at the hands of Assad’s forces and their allies, while at least 10 massacres have been carried out targeting about 31 civilian centers.

The Network counted 152 barrel bombs which fell on the district during the siege, while the Assad regime used incinerating “napalm” mortars at least once.

The siege on the district caused a shortage of food and medicine which killed 16 civilians, according to the report, which said that at least 647 people, including nine children and 11 women, were still being detained or had been forcibly disappeared from among the residents.

The district’s residents, who began to be displaced at the end of March, have joined 12 million forcibly displaced Syrians, the report said, adding that the Assad regime and its Iranian and Russian allies caused at least 85 percent of the forced displacement operations in Syria.

The Network said events in Al-Waer came in the context of organized and premeditated attacks through a planned strategy and is as a result a crime against humanity, noting the continuous and systematic violations had completely drained the district, forcing residents to accept the “settlement.”

It closed its report urging the United Nations Security Council to compel the Assad regime to stop resettlement operations being carried out in the cities and neighborhoods. It also called on the Human Rights Council and United Nations High Commissioner for Human Rights to focus on forced displacement and its dangers in Syria and to hold the Assad regime to account for its practices.