Assad's top political and media advisor speaks to Lebanese television, framing the U.S. strike in the scope of CIA efforts to punish Damascus, claiming that the attack on the base came in the wake of victories by government forces against terror groups, state media reports 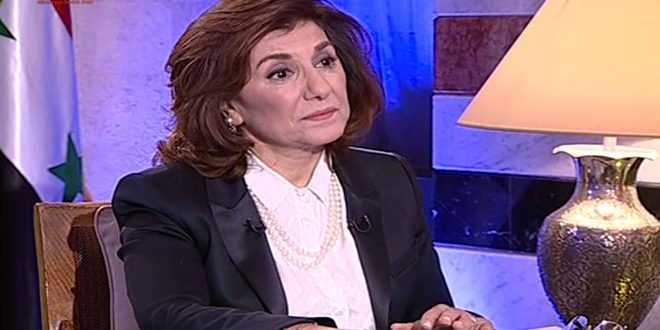 The United States' decision to strike Shayrat air base came in the aftermath of gains made by the Syrian army against terror groups, presidential adviser Bouthaina Shaaban said Wednesday.

In an interview with TV channel Al-Mayadeen, Shaaban stressed that the U.S. attack on the air base followed the Syrian army’s achievements on the ground after they inflicted losses upon terrorist organizations.

She stated that Khan Sheikhoun incident was definitely fabricated, adding that Syria disposed of all its chemical weapons as declared by the international chemical weapons watchdog in June 2014.

Shaaban quoted U.S., British and German researchers who refuted the claims of chemical weapons use, and stressed that the incident was fabricated with the aim of targeting the Syrian government.

She referred to a CIA report regarding plans to destabilize Syria from as early as 1986 to ensure that Damascus would abandon its stance toward defending Arabism and its support for Palestine.

The political adviser also pointed to the roles of Qatar, Saudi Arabia and Turkey in providing support to Muslim Brotherhood for the sake of destroying secular states.