Clashes erupted last week between security forces and militants in the Lebanese border town, leading to the death of a high-ranking ISIS member and the arrest of 10 others, Al-Modon reports 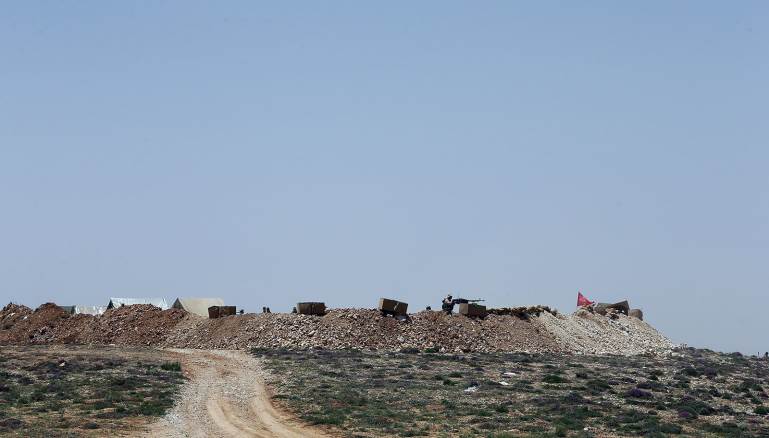 The Lebanese army on Saturday raided a group of terrorists in Wadi Hassan on the outskirts of the town of Arsal after militants opened fire on security forces.

The clashes resulted in the death of Hassan al-Malees, an Islamic State (ISIS) Sharia emir in the Syrian region of Qalamoun, who had participated in an attack on a number of army centers and an Internal Security Forces building, as well as the kidnapping of soldiers in the town of Arsal on Feb. 8, 2014.

The commander of the Army Directorate of Orientation said in the statement that the operation in Arsal resulted in the arrest of 10 terrorists who had infiltrated the area. No injuries were reported among the army forces and investigations are ongoing with the detainees.