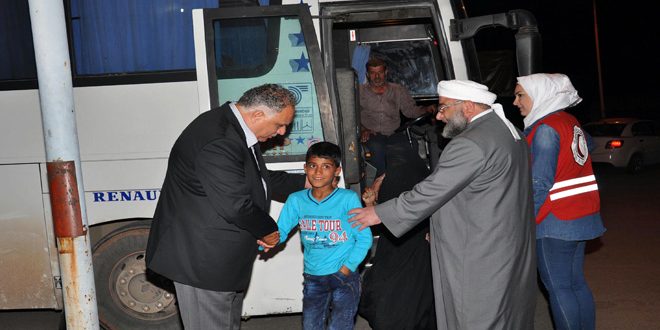 Dozens of people who left the Al-Waer district of Homs returned on Saturday as part of a reconciliation agreement in the neighborhood, putting an end to their suffering in the camps on Syria’s border with Turkey.

A SANA reporter said that nine families of 37 people decided to return to Al-Waer due to the oppression and inhuman treatment they faced in the camps of Jarablus city in northern Aleppo.

Homs Governor Talal al-Barazi, in a statement to SANA, confirmed that the return of residents started with batches from Jarablus and Idleb, adding that a new batch will return to the district soon.