Online statement by the Kurdish forces claims around 20 of the dead were of Turkish origin, according to opposition website Zaman al-Wasl 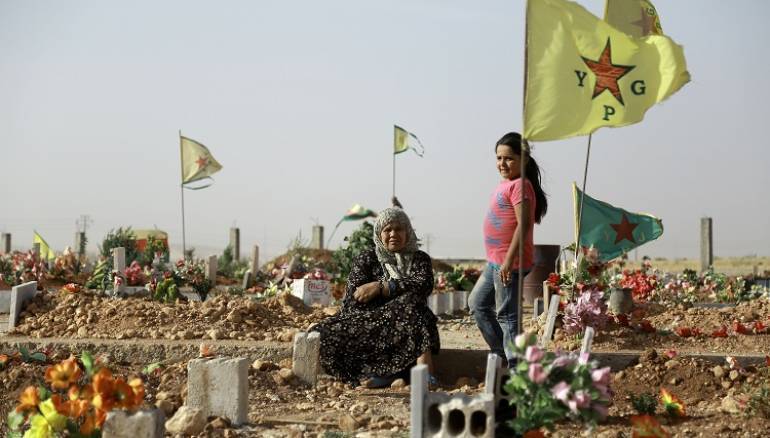 At least 55 fighters from the Deir-ez-Zor Military Council and Kurdish People's Protection Units (YPG) were killed in clashes with the Islamic State (ISIS) in the month of April, with 12 killed in the past days alone.

In a statement, the YPG said 55 of its members were killed in April in addition to the loss of other allied fighters, some of whom were young men between 18 and 30 who were forcibly recruited to serve.

According to data published on a YPG website, about 20 Turkish citizens were among those killed in April.