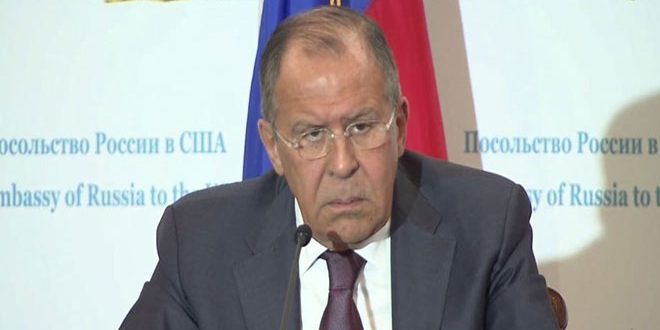 Talks between the Russian Foreign Minister Sergey Lavrov and U.S. President Donald Trump focused on Moscow’s plan for "de-escalation zones" in Syria and the importance of Washington’s support for the cease-fire agreement.

In a press statement following his meeting with Trump on Thursday, Lavrov said that the two sides underlined the need to continue cooperation within the framework of the Astana meeting and Geneva talks to resolve the crisis in Syria.

He added that as part of the memorandum on establishing safe zones in Syria, all interested parties should agree on a way to guarantee security inside these zones and the surrounding areas.

The Russian diplomat noted that the United States could have key role in preserving security inside the de-escalation zones, monitoring the cessation of hostilities and handling humanitarian concerns.