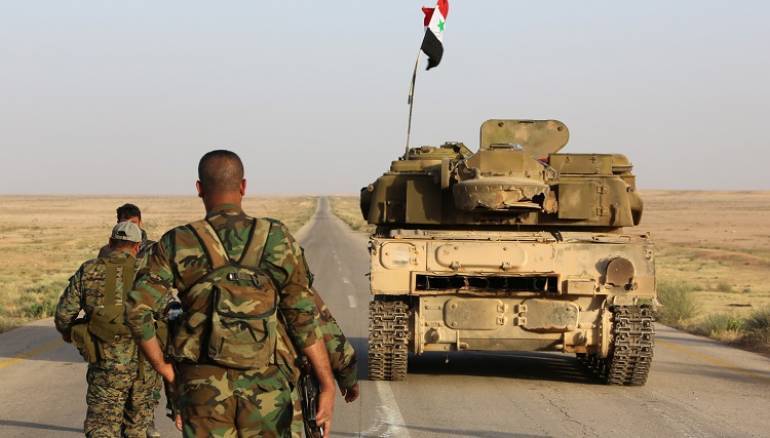 The Assad regime has deployed troops along Syria’s borders with Iraq and Jordan following pressure from Moscow as fears mount over a Western-backed attack by armed opposition forces, a source said Sunday.

The mobilization came as the U.S.-backed forces from the Jayish Usud al-Sharqiya (Lions of the East Army) and Forces of Martyr Ahmad al-Abdo were bolstered by more weapons and training exercises, setting off alarm bells in Damascus.

Syrian President Bashar al-Assad said in April that intelligence had confirmed Jordanian plans to send its troops into southern Syria in cooperation with the United States, according to Russian state-owned Sputnik agency.

“We have this information, not only from mass media, but from different sources,” Assad told Sputnik, adding, “You know that we have the same tribes and same families on both sides of the borders.”

He also said that Amman “had been always part of the American plan” against Syria, claiming that Jordan is not an independent state, but instead carries out the plans imposed on it by the United States.

Media outlets have previously reported political sources in Amman speaking about Jordanian-American-British operations to be launched against terrorist organizations operating near kingdom’s northern borders with Syria.