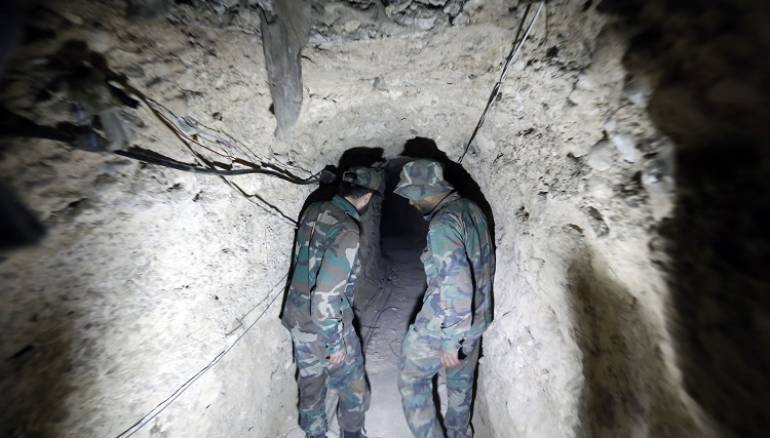 Syrian regime forces on Wednesday arrested about 1,100 people fleeing Qaboun, north of Damascus, despite an agreement reached Sunday to evacuate the opposition-held district.

State-run television quoted the Damascus provincial governor as saying the Qaboun district was “empty of militants," although locals told Zaman al-Wasl that 600 men and 500 women were being detained by regime forces.

Most of the detainees were escaping siege in the Eastern Ghouta suburbs into Qaboun through an opposition-dug tunnel. Regime forces later destroyed the tunnel, according to sources.

The U.K.-based Syrian Observatory for Human Rights said hundreds of rebel fighters had left on Monday, headed for areas further east of Damascus or to the northwestern province of Idleb.