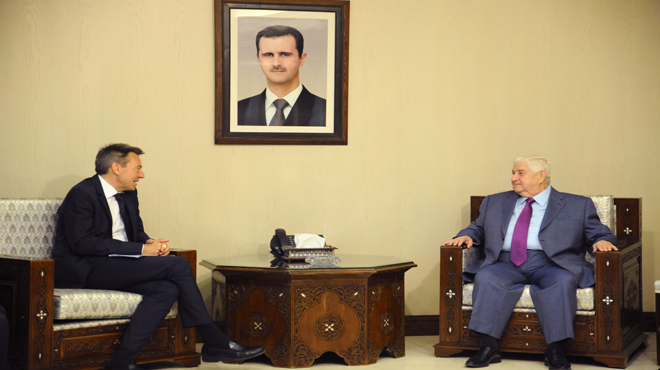 Syria is willing to increase its coordination with aid organizations operating inside the country as long as they exercise political impartiality, Foreign Minister Walid al-Muallem said on Monday.

Muallem’s comments came during a meeting with president of the International Committee of the Red Cross Peter Maurer, where he voiced the Syrian government’s appreciation for the efforts exerted by the ICRC along with the Syrian Arab Red Crescent in providing for the humanitarian needs of citizens.

He affirmed the government is ready to boost cooperation with the ICRC as long as the organization remains committed to humanitarian criteria and distant from the political agendas of certain states.

In turn, Maurer thanked the Syrian government for delivering aid and providing for the needs of the Syrian people, voicing satisfaction over the level of cooperation and trust between the two sides. He also stressed the need to boost this cooperation and pursue joint humanitarian projects.