Russia acknowledges failure of pro-Assad forces to advance on the ground resulting in the regime's announcement of a two-day truce in the besieged southern city, Souriatna reports 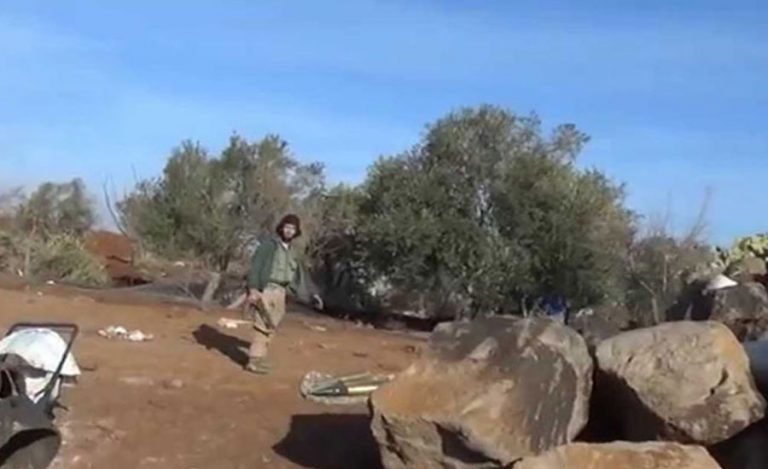 After two weeks of an unprecedented military campaign, regime forces and Iranian militias have failed to achieve any notable penetration on the fronts against opposition areas in Daraa. Russian acknowledgement of this has pushed the regime to announce a temporary truce to rearrange its cards, while rebel groups reveal the severe losses they have inflicted on regime forces.

The regime news agency SANA announced the start of a halt to military operations in Daraa, starting from 12 p.m. on Saturday for 48 hours, “in support of national reconciliation efforts,” as it put it.

The international Military Operation Center operations room sent a message to Southern Front groups under the Free Syrian Army indicating a “temporary truce” had been enforced in Daraa for 48 hours, to be extended in the event that the parties comply with it. The FSA groups did not comment on the announced cease-fire.

Media sources indicated that the truce in Daraa includes halting airstrikes, barrel bombs, artillery, rockets, and all forms of military operations, and includes preventing the Assad regime from sending additional military reinforcements to the province.

In the same context, the Hemeimeem Russian military base in Syria said “the results achieved in the regime land forces attack in the city of Daraa are insufficient,” in a statement published on its official social media account.

“Russia is providing the necessary support for the mobilizations of land units with the Fourth Division joining as a support force and main commander for the battle,” the statement added.

Observers say the military and field situation on the ground is in the rebels’ favor and that reaching a truce is effectively a victory for the rebels, who despite the brutal military machine of the regime and its militias resisted throughout the past weeks. It seems that the regime’s announcement of the truce is a partial withdrawal to save face in front of its supporters.

The Al-Bunyan al-Marsous Operations Room published a detailed report including numbers of the losses resulting from the military campaign the Assad regime launched at the start of the month, and said dozens of militia fighters had been killed during the battles on the Daraa fronts.

The media office for the operations room said in a statement: “The military campaign began with an attempt by groups of the Fourth Division and allied militias to advance toward the Daraa camp to penetrate the eastern flank of the city, but it did not achieve any strategic advance.”

The statement said that, “The heavy air, rocket and artillery bombardment on the Daraa camp and Tareeq al-Sadd districts caused near-total destruction of the buildings and infrastructure of the area, and killed and wounded dozens of civilians.”

“The clashes over the past few days have resulted in the deaths of more than 40 fighters from Assad's militia and allied militias, most prominently Col. Ahmad Fayez Tajo, one of the most prominent commanders of the campaign in the Fourth Division, and Captain Bashar Jabeili, the Fourth Division’s ‘Lion of the Tanks,’ in addition to destroying seven tanks, two BMB vehicles, and two Shilka vehicles and other military equipment,” the statement added.

The Iranian Nasim agency announced the death of Haydar Jalilond, a senior Iranian military adviser in Syria, during the clashes with the rebels in Daraa city, adding that he had joined the Iranian fighters in Syria as a volunteer.

Elsewhere, the Rai al-Youm newspaper announced a Jordanian military coordination committee had started discussions with the Assad regime through a Russian intermediary about the possibility of regime forces regaining administration of the closed Nasib crossing between the two countires.

“The past few hours have seen normal technical communications suggesting that Moscow is ready to resume its mediation regarding the closed crossing between Jordan and Syria, at a time when the territory of southern Syria is a real battle theater,” the newspaper reported.

In a related development, Jordanian sources — according to Rai al-Youm — said that “Amman does not object to the Nasib border crossing officially returning to Syrian military jurisdiction — Assad’s forces — but that does not mean it is requesting it.”

In contrast, Jordan is trying to impose safe zones in southern Syria through international agreements with Russia and with American support, and its primary aim is to end the refugee crisis which is afflicting it, and thereby reduce the severity of the battles on the fronts close to it, which threaten the security of its border.

However, observers believe that the safe zones equation in the south could be prolonged in light of the escalating battles between the regime and the opposition, and the presence of arms of the Islamic State (ISIS) group in the western countryside of Daraa.