Cease-fire will include provinces of Daraa, Qunetria and Suweida until Thursday, according to official statement 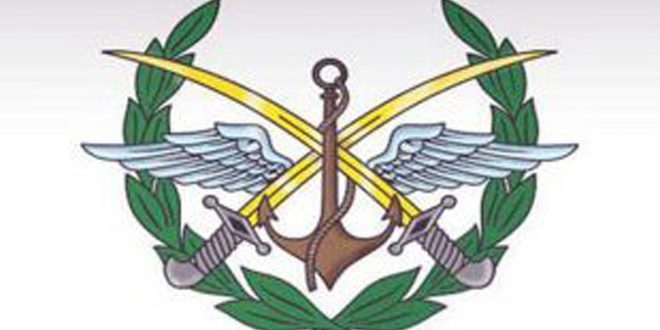 The General Command of the Syrian army announced the cessation of all hostilities in the provinces of Daraa, Suweida and Quneitra for a period of five days.

“In order to support the peace process and the national reconciliations, the hostilities in the southern region [Daraa, Quneitra and Suweida] have been halted as of 2/7/2017 at 12 p.m. and until 6/7/2017 at 12 a.m.,” the army command said in a statement.

The command added that any breach of the cessation of hostilities will be met with the appropriate response.