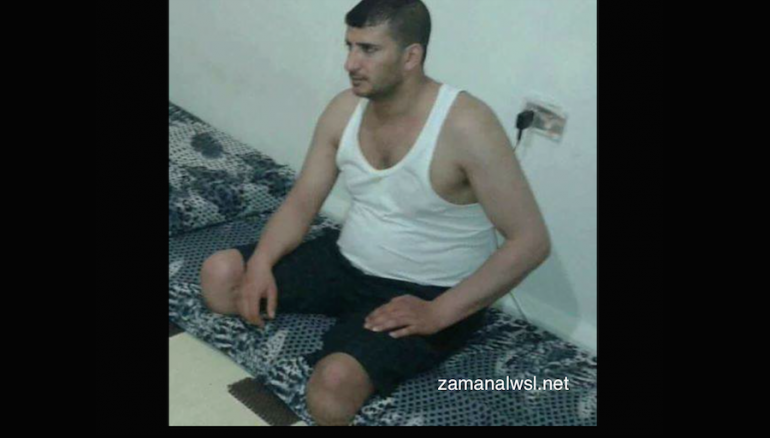 Syrian refugee and amputee Radwan Mohammed al-Issa, 29, was never visited by local politicians to present him with a wheelchair, crutches or artificial limbs to help him move around inside Al-Nour camp on the outskirts of the Syrian-Lebanese border town of Arsal.

No Lebanese cultural, artistic or public figures congratulated him on his recent marriage, where all he could provide for his bride was tent which contained nothing but the hope of life.

On the morning of Friday, June 6, the Lebanese state decided to visit Radwan for the first time in his place of refuge in Al-Nour. Radwan could not have predicted that this visit would be his last.

According to Radwan’s neighbor Umm Fadi, the Lebanese army dragged Radwan out of the tent and shot him twice in the head in front of his wife, after forcing her to come out to watch his execution. Radwan’s wife later suffered a nervous breakdown.

The two brothers were killed while held in detention. According to a local source, who refused to be named, there were clear signs of torture on Marwan and Safwan’s bodies which indicate that they died under torture while held by the Lebanese armed forces.

The three brothers from the village of Al-Nahariya in Al-Qusayir’s countryside were the only surviving members of the Syrian Issa family in Lebanon. They are the victims of the Lebanese army in Arsal along with 18 other people who died during the Lebanese Army’s raid on Al-Nour and Al-Qariya camps.