The possible deployment of troops to assist forces Ankara backs could end up dragging Turkey into the rebel infighting sweeping across northern Syria, Zaman al-Wasl writes 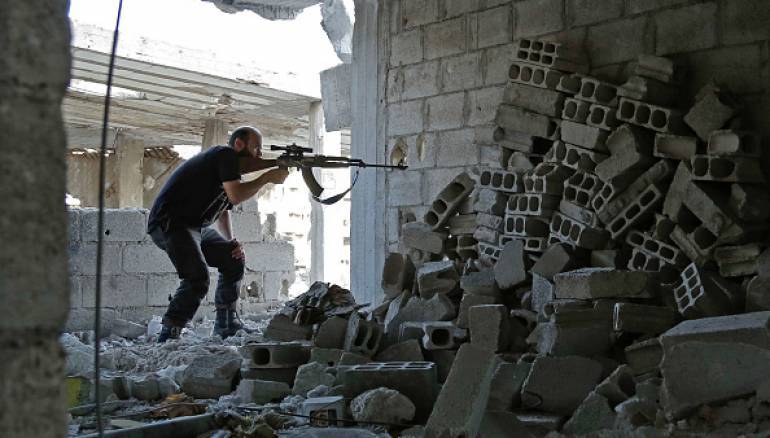 The Euphrates Shield, an alliance of moderate rebel groups backed by Ankara, voiced concerns after the Al-Qaeda-linked Hay’at Tahrir al-Sham reached the Bab al-Hawa border crossing with Turkey, after seizing the town of Sarmada and a number of villages from Ahrar al-Sham.

Turkey announced in early July the possible deployment of its troops in Idleb in coordination with its allied rebel factions. Observers say Hay'at Tahrir al-Sham's command believes its forces will be the next target following the uprooting of Islamic State (ISIS) from eastern Syria.

The rival Islamist groups engaged in heavy fighting for the second day, ending two-day-old truce and sparking fears of widespread violence in the whole province.

Omar Khattab, spokesman for Ahrar al-Sham, said three fighters were among the casualties of the Hay’at Tahrir al-Sham blast. Two more civilians were killed and 10 others wounded in the attack, according to doctor Hussam Qara Mohamed.

Clashes erupted when militants of Hay’at Tahrir al-Sham on Tuesday opened fire on civilians who raised the revolution flag in Idleb's central square. The same flag has been adopted by Ahrar al-Sham as its new banner.