During meeting with French president, opposition leader ties a successful solution to the Syrian crisis with the prosecution of Assad 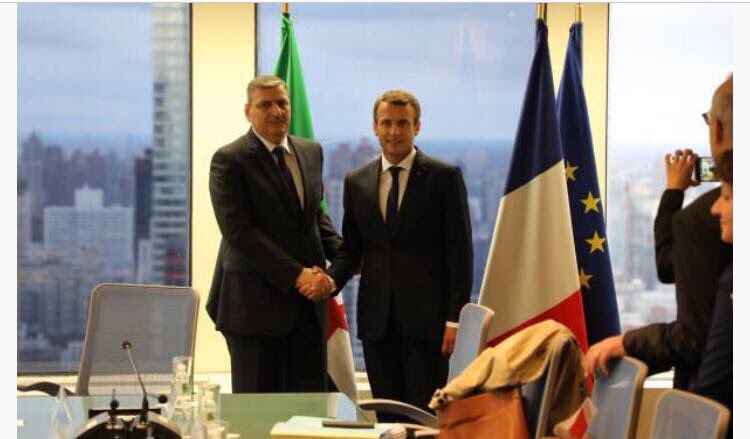 Head of the opposition High Negotiations Commission (HNC) has repeated demands for the departure of President Bashar al-Assad, explaining that calls for him to remain during a transitional period will only deepen the crisis and legitimize the regime.

Hijab's comments came during a meeting with French President Emmanuel Macron Monday evening on the sidelines of the U.N. General Assembly in New York.

The opposition figure praised the French president for efforts to form a contact group on Syria to revive the stalled peace talks in Geneva. Hijab explained that the initiative by Paris breaks the attempts of the regime's allies to monopolize the political solution according to their expansionist ambitions and agendas.

The most effective way to end the Syrian crisis and achieve a political transition is to hold Bashar al-Assad accountable for his crimes, Hijab said, stressing that the departure of Assad and those complicit in crimes against the Syrians is "one of the most popular demands to end the oppressive, dictator state and start a new phase of the rule of institutions and law."

“The call for keeping Bashar al-Assad during the interim period would only exacerbate the existing crisis and prolong the regime's legitimacy.” Hijab said, “We do not have the authorization of the people to do so, especially since he has lost the support of most elements of Syrian society," he said.

Regarding the fight against terrorism, Hijab said that the opposition has supported the international coalition’s efforts, noting that the HNC's vision of a political solution includes "a comprehensive plan to confront the ideologies of extremism by addressing violence, tackling societal problems, and assimilating young people to reduce the risk of them being recruited to fight with extremist groups."

“Everybody talks about realism,” said Hijab, “but realism is not keeping a war criminal in his position. This will only inflame the situation in Syria.”