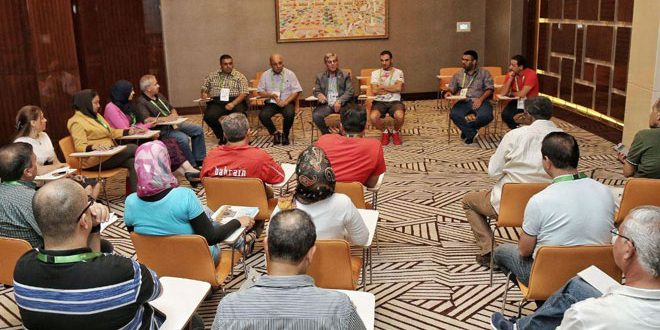 Speaking to journalists at the 2017 Asian Indoor and Martial Arts Games, Juma said that Syrian sports are a success thanks to the sacrifices of Syrian army personnel and the determination of Syria's people and athletes.

He said that Syria has been strongly active in the field of sports during recent years, recording many achievements in various continental and international tournaments.

Asked about his expectations about the Syrian national football team, Juma said he hoped that the team would defeat Australia and move ahead to compete in the World Cup.