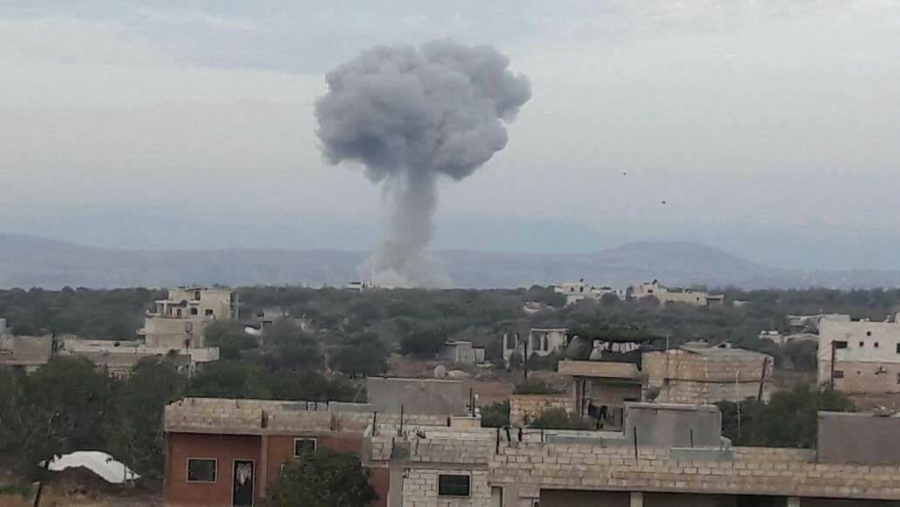 The Syrian opposition has called on the United Nations to act urgently to stop war crimes being committed by Syrian and Russian air forces, as warplanes continue to bomb towns and villages in the liberated areas, deliberately targeting residential areas, health facilities and services centers.

"These terrorist attacks fit an all-too-familiar pattern in which the deliberate targeting, killing and displacement of civilians and the destruction of vital facilities and hospitals is the preferred option for the Assad regime and its backers,” the Syrian National Coalition said in a statement.

Local activists said that Russian jets bombed several towns and villages in rural Idleb in the early morning of Thursday, killing and injuring over 20 civilians, many of them women and children. The victims included seven civilians who were killed in an airstrike on the village of Al-Hamo in the Rouj plain.

The Russian and Syrian air forces have conducted over 15 airstrikes on towns and villages in the Rouj plain and near the town of Jisr al-Shughour, as well as on the tows of Khan al-Sabil, Mardabsa and the outskirts of Tell Mardikh.

Activists on Thursday published photos and videos documenting deaths and massive destruction caused by the ongoing aerial campaign by regime and Russian forces on many areas across Syria.