Energy sector has lost 1.2 trillion Syrian pounds due to damages since the start of the crisis, official tells loyalist media 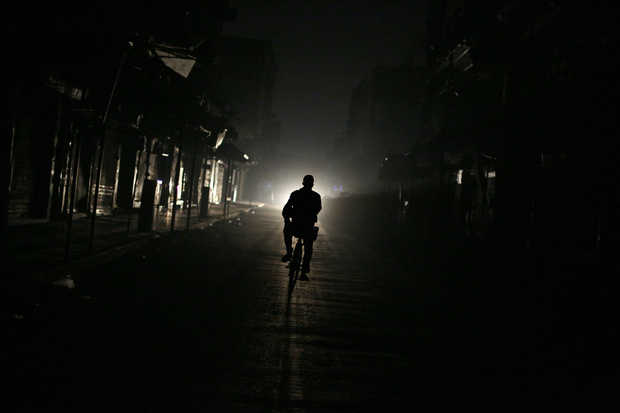 The total losses resulting from acts of sabotage by armed terrorist groups on the electricity sector exceed 1.2 trillion Syrian pounds, the head of the public authority for electricity generation Mahmoud Ramadan told Al-Watan.

Ramadan said that half of electricity plants have gone out of service, but said the government planned to expand the energy sector. He said that the working investment plan includes following up on the establishment of nine generation plants for photovoltaic power in the areas of Al-Kaswa, Majadal, Jandar, Deir Atiyah, Qatana, Suweida, Masyaf, Salamiyah and the industrial zone in Hisyah.

Ramadan said that in Syria there were currently 14 electricity stations, half of which were out of service because of terrorist acts carried out by armed groups. There were also seven plants currently working with 42 steam and gas generating complexes, with three complexes currently under construction. Regarding the state generating company, there were three steam generator facilities which each could produce a total of 460 megawatts.

He pointed to the lack of fuel for operation and the inability to secure spare parts for maintenance because of the economic blockade imposed on the country and the lack funding. He also pointed to the sharp decrease in the number of technicians because of the current conditions and the constant targeting of electricity plants by armed terrorist groups.

Regarding the mechanisms to address the issue, steps have been taken by running competitions to fill the vacancies with communication with friendly and supportive countries to secure the necessary spare parts, skills and funding, in addition to what the Syrian army has carried out in terms of expanding the umbrella of security to electricity plants, which has helped increase stability in the electricity organization.

Ramadan said that he was following up on procedures to establish an electricity plant working on solar energy in the Al-Kaswa area through contracting with a Ukrainian-Syrian company.