Official news sidesteps death toll from blasts, but Western media puts the number of dead at 10 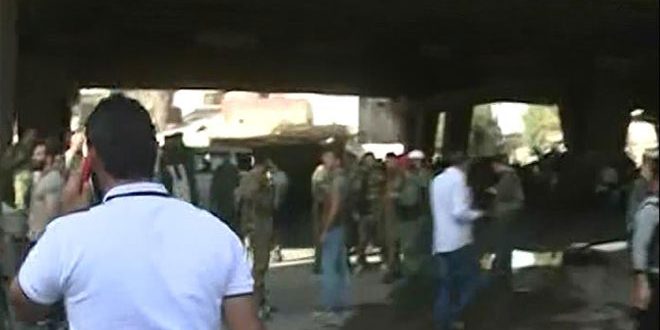 A twin suicide bombing struck the Al-Midan Police Department in the city of Damascus on Monday, killing a number of officers and civilians.

Interior Minister Mohammad al-Shaar told reporters that two terrorists had attacked officers at the police station with explosives, causing the death of a number of personnel.

Shortly after that, one of the terrorists blew himself up in front of the main gate, while the other man infiltrated the first floor where police officers managed to kill him, causing the detonation of his device.