Thousands of women, children and the elderly flee the anti-ISIS campaign as civilian casualties hit 150 in the last week, opposition media office reports 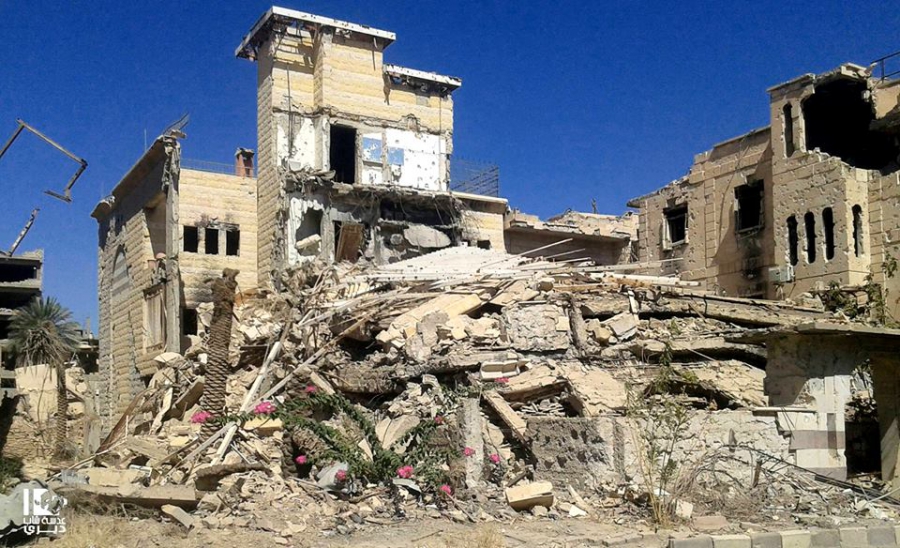 The Deir-ez-Zor provincial council has called on the international community to shoulder its legal and moral responsibilities to protect civilians as it stressed the need to take adequate precautions to protect and spare civilian lives.

Activists in rural Deir-ez-Zor said that 10 civilians were killed and dozens more injured, including children, in airstrikes by U.S.-led coalition warplanes on the town of Boqros in the early morning hours of Monday. Similar attacks targeted the town of Albu Leil, injuring dozens and destroying more than 20 homes.

Activists confirmed that airstrikes on Islamic State (ISIS)-held towns and villages in rural Deir-ez-Zor have claimed the lives of at least 150 civilians over the past week. The anti-ISIS coalition has conducted a bombing campaign against the extremist group since mid-2014.

In a statement released on Sunday, the council said the attacks on the province and indiscriminate bombardment of civilian areas have led to the displacement of more than 120,000 people in recent weeks, the majority of whom were women, children and the elderly.

The council noted that the displaced people suffer from dire humanitarian conditions in the areas controlled by the militias of the Democratic Union Party (PYD) and are in urgent need of humanitarian assistance. It noted that many of the displaced persons are subject to “abuses, extortion and harassment at checkpoints that are manned by PYD militias, which restrict their ability to reach the safe areas.”

The council urged the United Nations to expedite the delivery of humanitarian aid to the people who fled the fighting in Deir-ez-Zor in accordance with Security Council Resolution 2165. It also underscored the need to document the victims of the indiscriminate bombardment to ensure reparations.