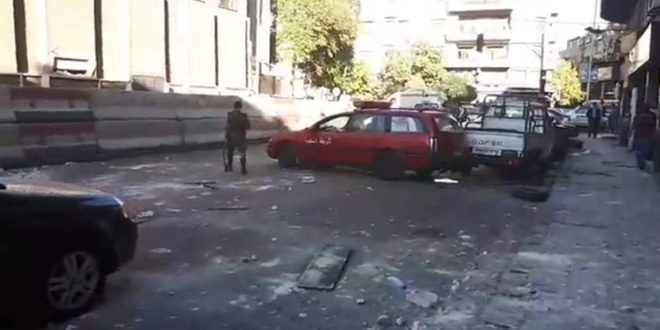 A triple suicide bomb attack on the main police headquarters in Damascus killed two policemen and wounded six others when terrorists blew themselves up in front of the building.

In a statement on Wednesday, Interior Minister Mohamad al-Shaar said guards repelled the attackers as they attempted to storm the headquarters, with two bombers detonating their explosive belts in front of the building.

He added that a third suicide bomber attempted to flee the scene but was besieged at the entrance of a market where he also detonated his explosive belt.

Shaar labelled the attack a desperate attempt by terrorists to inflict losses as the Syrian army advances in its war against terrorism.