The regime seems to be testing the resilience of the de-escalation agreement in the province of Daraa, Zaman al-Wasl reports 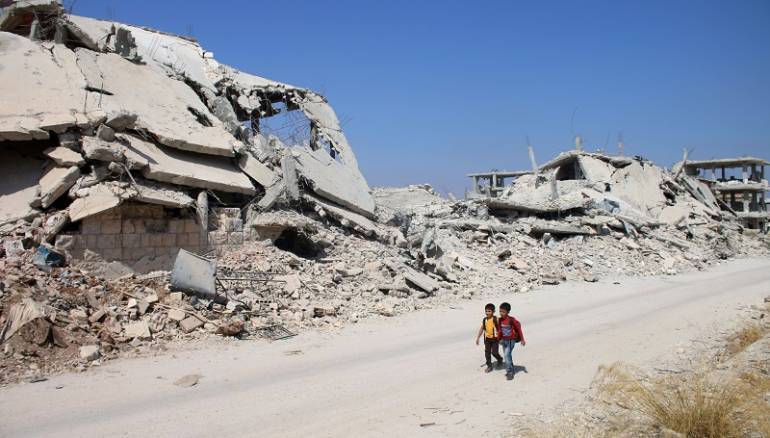 In a statement issued on Saturday, rebel factions operating in southern Syria said that they will retaliate against regime violations of the de-escalation agreement in Daraa province.

Meanwhile, local activists documented 15 violations in the past 24 hours and more than 136 violations overall of the Russia-brokered deal that went into effect in July.

Syrian regime officials say the cease-fire deals policy is a temporary one as the regime army, backed by Shiite militias, has been pounding Eastern Ghouta, Homs, Hama and Idleb for two weeks.

Rebels recaptured two villages in the Al-Lajat region near the Jordanian border that were seized by the regime early on Friday, local activists said.

Mahmoud al-Horani, a Daraa-based activist, said that regime forces are seeking to secure the supply route linking the capital Damascus and Daraa city.

Also in Daraa, the army's elite Fourth Armored Division has become the only military unit to control checkpoints, including those that used to be under the control of the intelligence services, sources said.

The move gives Maher al-Assad's forces the upper hand in southern Syrian, as it seeks to decrease mounting complaints over corrupt members of the intelligence services who had run the checkpoints.