Former diplomat has called on Assad to punish citizens who ridicule the death of Maj. Gen. Issam Zahereddine, Al-Etihad reports 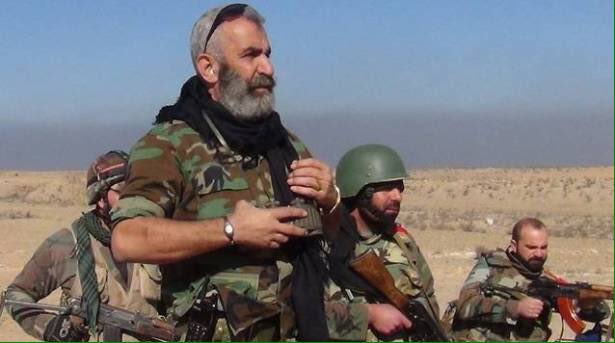 A former Syrian regime ambassador has called on authorities to hold to account those described as “taking pleasure” in the death of Syrian commander Maj. Gen. Issam Zahereddine, amid conflicting reports about his death in Deir-ez-Zor.

The former regime ambassador to Turkey, Nidal Qablan, called on President Bashar al-Assad to withdraw citizenship from any Syrian “mocking” the death of Zahereddine.

In a Facebook post on Wednesday, Qablan wrote: “Mr. President … God protect you … for the blood of Issam and the blood of all martyrs, I urge you in the name of millions of honorable men … to withdraw the citizenship of every Syrian who takes pleasure in their martyrdom.” He later deleted the post from his account.

The former envoy's statement came after activists circulated a new story on social media around Zahereddine’s death, pointing to a meeting on Tuesday morning of the security council in Deir-ez-Zor. The meeting was attended by a number of high-ranking military and political officials.

A dispute is said to have evolved between Zahereddine and head of the military security branch, Gen. Jamal Razouq, after the former refused to attend the meeting and called for Razouq to be prevented from attending as a condition.

The activists added that the chief of staff of operations in Deir-ez-Zor, Gen. Rafiq Shahadah, directed a patrol to retrieve Zahereddine and to bring the general to the meeting.

It is understood that clashes evolved between the patrol and Zahereddine's group in front of Nasari park near the Radawi institute in Deir-ez-Zor, resulting in the wounding of a number of officers.