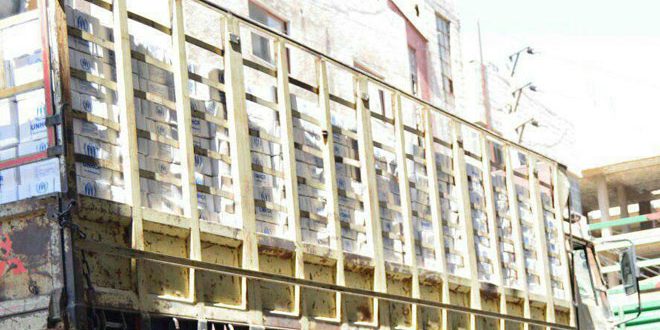 Armed groups in the Eastern Ghouta area blocked on Thursday the distribution of humanitarian aid to residents of a number of towns in the southern part of the Damascus countryside.

According to sources, factions stopped the entry of a U.N. aid convoy attempting to reach the towns of Yalda, Babila, and Beit Sahm, demanding 5,000 food packages before letting the vehicles pass.

The 35-truck convoy, which included 8,000 food packages and 7,000 bags of flour, was transported by cars of the Syrian Red Crescent to the towns on the outskirts of the capital.