At least 16 people are said to have been killed and injured in the attack which struck the Al-Salhiya district, Alsouria Net writes 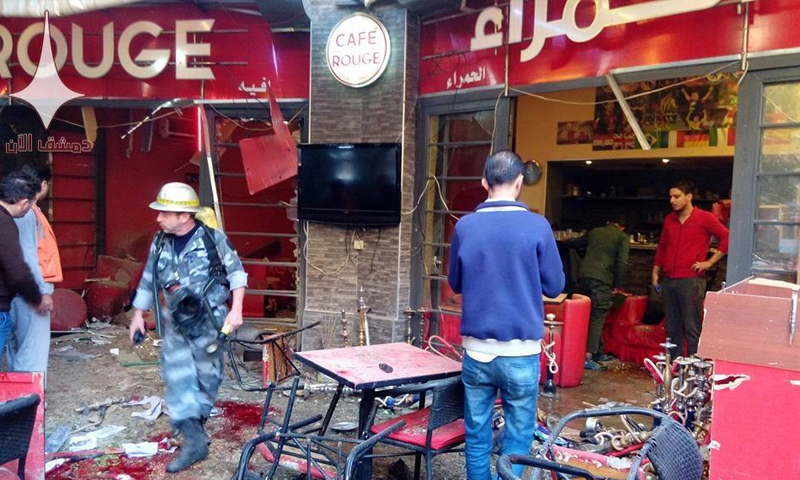 Local websites in Damascus published a video showing heavy mortar damage on a restaurant said to be in the Al-Salhiya district of the capital.

According to the Damascus Now webpage, the mortars killed and wounded at least 16 people in the attack, which is said to have been launched by “militants” located in the Al-Shaghour, Ain al-Karash and Al-Abed Street districts.

For its part, the Diary of a Mortar Shell in Damascus webpage reported that four mortar bombs exploded in the Old Damascus area without providing any information about casualties.

It reported that two mortars fell in around Al-Abed Street and the Ain al-Karash area on Baghdad Street, but did not mention casualties.

Damascus Now said that six mortar bombs and rockets fell in Damascus and were distributed among May 29 Street, Al-Salahiya, Al-Abbassin, Ain al-Karash and Al-Shaghour, without citing any other details.