Syrian president says there is proof his administration has been vindicated by its wartime policies, official media reports 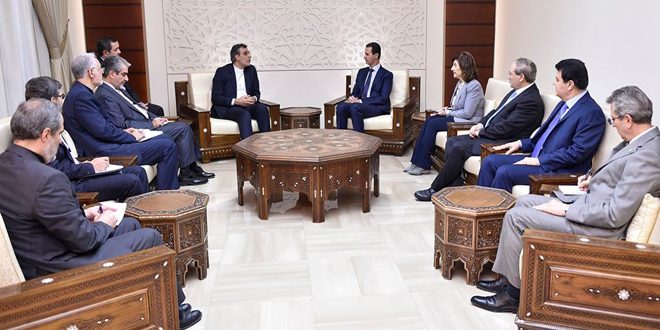 President Bashar al-Assad said that Syria has been following the correct policies since the start of war, as evidenced by developments currently taking place in many countries throughout the region and world.

Meeting with Iranian Deputy Foreign Minister Hossein Jaberi Ansari on Wednesday, Assad said that Syria has adopted the right policies amid efforts by some regional and Western nations to spread chaos in the Middle East.

He reiterated that the victories achieved on the ground by the Syrian army and its allies have not only resulted in inflicting successive defeats on terrorist organizations, but have also contributed to consolidating international law and the right of countries to defending their own sovereignty, independence and territorial integrity without foreign interference in domestic affairs.

Ansari, for his part, said that Syria’s restoration of security to all its territory would be a victory not only to the Syrian people, but also to the Iranian people and all others who believe in their right to defending their countries, independence and sovereign decisions.

During the meeting, Assad and Ansari agreed on the importance of continuing coordination between Damascus and Tehran, especially in relation to combating terrorism and efforts aimed at finding effective solutions to the issues facing the region.