Regime is looking to impose a truce deal over rebels in the area near the Lebanese border, Zaman al-Wasl writes 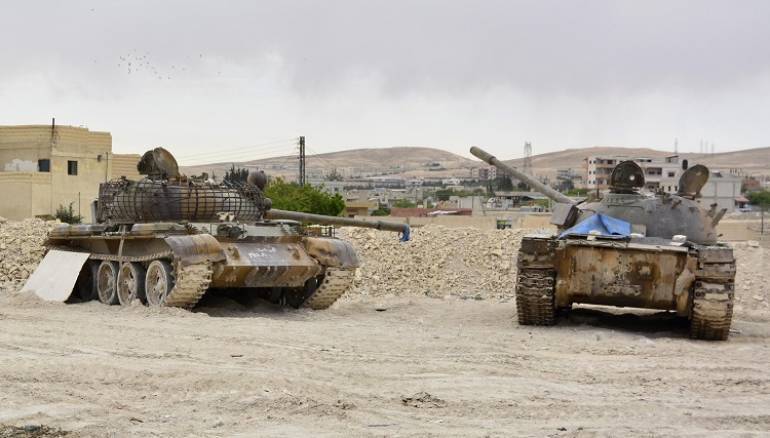 The Bashar al-Assad regime is seeking to seal a reconciliation deal in the Eastern Qalamoun region in a move which aims to advance efforts to secure the capital Damascus, according to local activists.

The defeat of the Islamic State (ISIS) in eastern Syria and the shift in the Saudi stance toward Assad’s future role were a big blow for rebels and besieged residents in Qalamoun, who now find themselves in the position of choosing the bitter reconciliation deal.

Local activists accused the Assad regime of replacing the opposition’s negotiations committee with his loyalists in the area.

Media activist Wissam Abdel Nour said that a recent meeting was held between rebels and others civilian representatives from the town of Al-Ruhiba in an effort to enhance confidence and cohesion between the military and civilian sides. He added the discussions touched proposed initiatives for the possibility of reaching an agreement, which would ease the pressure on the region.

The eastern region of Qalamoun is home to around 250,000 civilians, about half of which are internally displaced people.

Several rebel factions operate in the area including Jaish al-Islam (Army of Islam), the Forces of Martyr Ahmad al-Abdo, Faylaq al-Rahman (Rahman Legion), Jaish Usud al-Sharqiya (Lions of the East Army), and the Hay’at Tahrir al-Sham, which is led by the Nusra Front.